Let’s cover the basics of Kundalini yoga with the most commonly asked question:

The word Kundalini is simply defined as “coiled” and usually refers to the dormant feminine, or Shakti, energy that lives in each person at the base of the spine.

However contemplating the metaphors, symbols, and figures of speech that describe “Kundalini” can give you a much deeper understanding.   Yogi Bhajan described the Kundalini as:

“The curl of the lock of hair of the beloved.”

The hair of the beloved is sitting in you, and reminds you of something Yogi Bhajan often said: God and Me, Me and God, Are One. 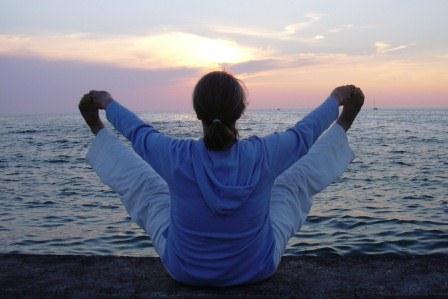 “Just as all rivers end up in the ocean, all yoga ends up raising the Kundalini. What is the Kundalini? It is the creative potential of the human being.”

This Kundalini quote is an important reminder that all yoga, just like all religions, all songs of praise, all walks in nature, all the tools you use to get rid of stress, they all have the same goal, which is to feel the creative potential in your life.

Every human being has creative potential but are you feeling it? Or are you stuck in a routine where every day feels like the last one?

There are many different routes and you don’t need to judge others, you just need to follow your own path and create your own life.

So when people ask “What is Kundalini?” you can simply say it means “coiled.”

Or you can describe the flowing locks of God that have fallen into you.

Or the river that winds and turns but always comes home to the ocean.

Or you tell them it is why people do yoga.

An Opportunity to Immerse Yourself in Kundalini Yoga

10 Kundalini Experiences, One Beautiful Weekend Away

You’ll be glad you did! 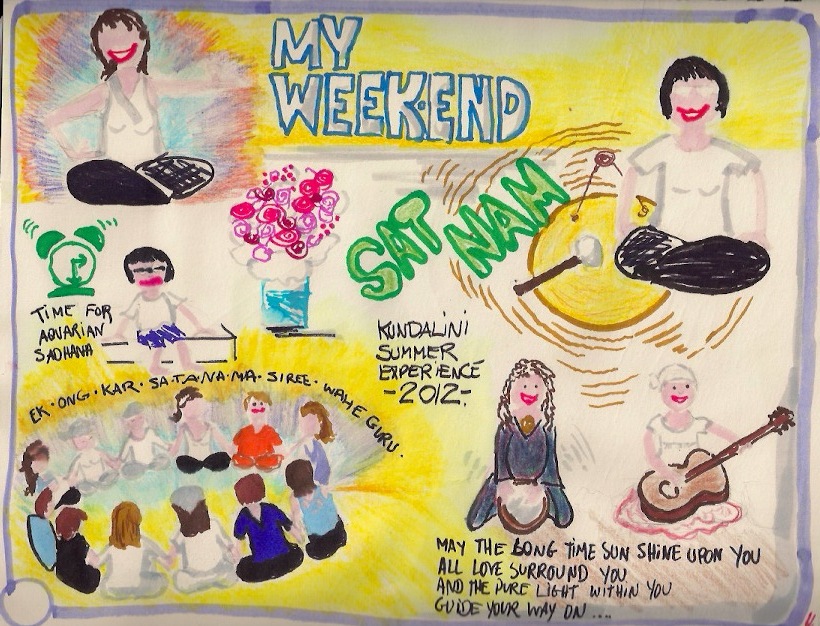 A beautiful drawing sent after the Kundalini Yoga Summer Experience 2012.

From Foggy to Refreshed

Before coming I felt tired and a bit foggy. After the workshop I feel alive, refreshed, open, and loving.

I enjoyed the final meditation and the intention setting.

I will continue to recommend the workshops.

“Before the workshop I felt stressed and lethargic, heavy and anxious. Now I feel more at peace, relaxed, loose, and calm.”

“I felt good before the workshop,
Now I feel even better.”